Langfang Huayuan Mechanical & Electrical Engineering Co., Ltd. completed the challenging installation of the aviation fuel pipeline at the Hong Kong International Airport on March 9, 2018; the twin 5.2 km crossing is a world record for subsea HDD, which is one of the reasons the project was awarded an ISTT Award for 2018. 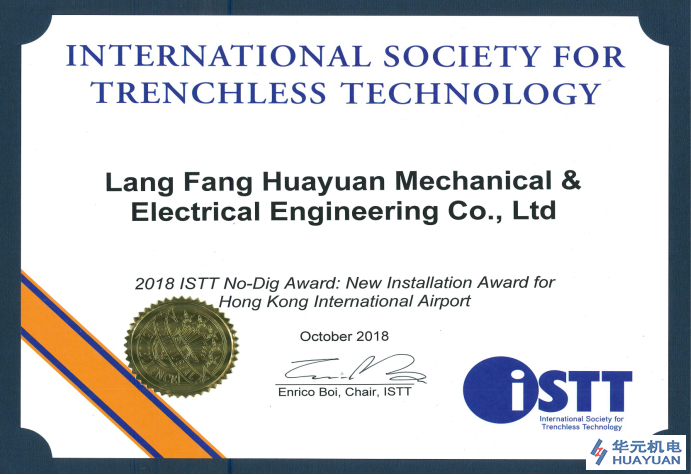 The project took place at one of the world’s busiest airport - Hong Kong International Airport (HKIA). To increase the capacity of the HKIA, a project was launched to expand it to a three Runway system (3RS). The existing aviation fuel pipelines laid partially within the land formation footprint of the airport’s 3RS, with the fuel originally transported to the airport island through twin 5.2 km, 500 mm diameter pipelines. The relocation required two new pipelines to be installed from the HKIA island to Sha Chau island, with horizontal directional drilling (HDD) as the preferred technique. Airport Authority Hong Kong (AAHK) selected HDD as part of the project’s principles, following an environmentally friendly design and construction process that preference limiting disturbances to the area. 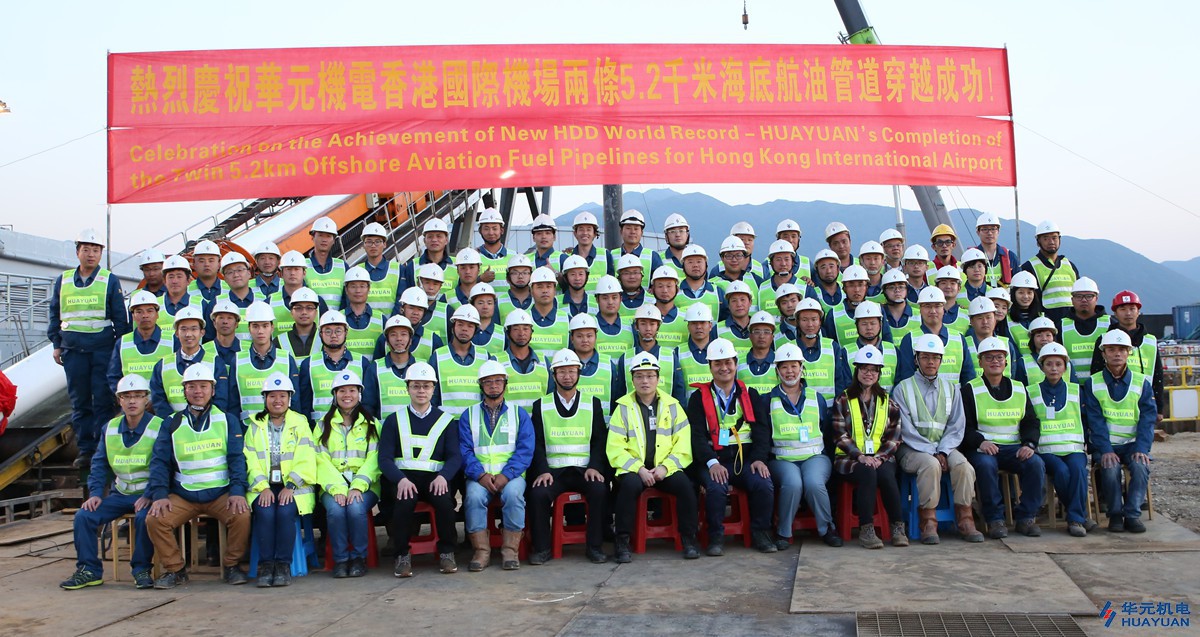 In a complex geology, the HDD operation had to pass thick backill, weak zone, granite and extremely hard formation. The conventional bottom hole assembly (BHA) was adapted to cope with these conditions, including improvements to the cutter arrangements and the mud powered drilling tool, a customized motorized forwardreamer design and fabrications, a high torque drilling rig and a large drill pipe with custom connection thread. To deal with the difficult weak zone, the weak zone of the borehole was filled with grout to prevent significant mud loss.

There were a number of challenges faced on the project, including a limited 40×50 m launch site with a height restriction to ensure aeronautical safety due to proximity to an operating runway on HKIA island.

In addition, the HDD site on Sha Chau island was limited to 10×10 m for environmental considerations. Furthermore, due to egret - a type of heron - breeding activities, no works are allowed between April and July each year. The works area and extent of works were also restricted by stringent controls on noise, light, water, ecology and waste-water disposal.

The program was carefully planned to avoid works on Sha Chau island during the breeding season and barges were deployed to minimize the works area required and the disturbance to Sha Chau Island. 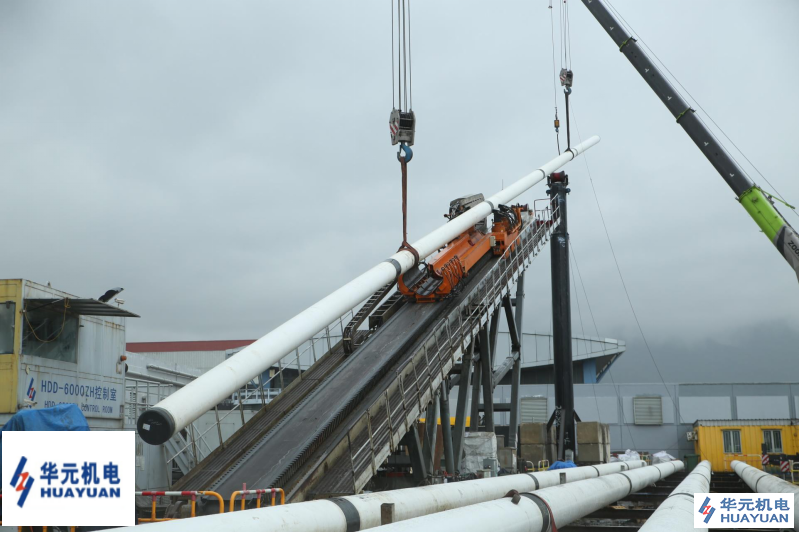 The twin new pipelines started from the west of the HKIA island and entered the rock layer 100 m below the seabed, passing through complicated geological strata in the waters to the north of the airport to reach the designated location at Sha Chau island.

The project used an intersection method to facilitate pilot hole drilling. Four HDD rigs were used to install twin 3.7 km long, 311 mm diameter pilot holes starting from the airport site; at the other end, twin 1.5 km long, 311 mm diameter holes were drilled from Sha Chau. These pilot holes intersected precisely in the rock stratum 100 m below the sea bed as planned, facilitating the tight construction program. The intersection method shortened the drilling length, reducing the risk of blockages in the mud return. It also reduced the risk of frac out of mud to the surface and the marine environment.

The tricone bits, driven by mud motors, were used to drill the pilot holes through bed rock and weak zones.

Hole reaming was then carried out in two stages to reduce the load on the reamer and the risk of buckling the drill pipe. The 311 mm diameter pilot hole was first enlarged to 510 mm diameter, followed by reaming to 710 mm in the second stage.

Mud motor push reaming was preferred for better performance compared to reaming by the drill rig. Drilling fluid flowing back to the rig side also supported reaming from both HKIA island and Sha Chau. Drilling works commenced in the third quarter of 2016 and the installation of twin pipelines was successfully completed in early March 2018. 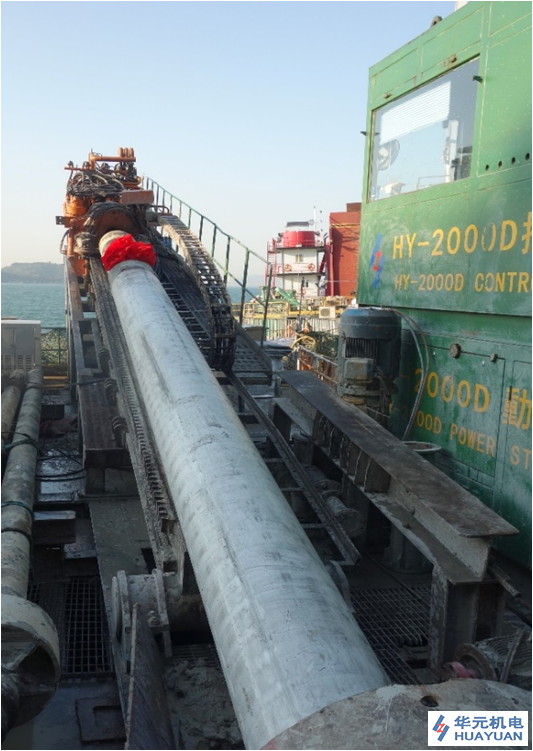 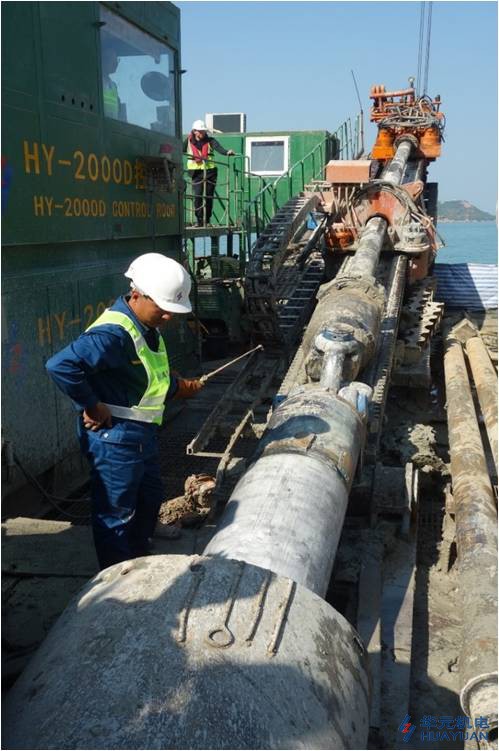 The installation of the twin aviation fuel pipelines set a world record for the longest pipelines installed using HDD in a subsea environment, with no adverse impact on aeronautical safety and the environment. The technical challenges overcome and construction risks managed throughout the project represent breakthroughs that will bring transferable benefits in promoting a wider application of HDD as a sustainable construction technology.
Back Next
Back Next
RECOMMENDED