SHI Zhanhua, Winner of the Top 10 News Maker in Science and Technology of China, 2005

Due to ordinary but distinguished achievements of the people who brought forth new ideas into their own fields of work, they are awarded the honor of the Top 10 Science and Technology News Makers of China, and are invited from all around the country to Beijing, from the background, to the foreground, standing on the rostrum in the Great Hall of the People in the capital. General Manager SHI Zhanhua of Langfang Huayuan Mechanical and Electrical Engineering Company Limited, was one of these honorable winners in 2005.

SHI Zhanhua, as general manager of Huayuan Company, is also a famous expert of the engineering technologies of pipeline Horizontal Directional Drilling (HDD).

At 00:23, on 15th of July 2005, the Waidiao - Cezi Island HDD submarine crossing for an oil pipeline was triumphantly completed by Huayuan, and this HDD crossing work would later be renowned as the No. 1 Horizontal Directional Drilling work of the year worldly.

This oil pipeline whose owner is Sinopec, was designed to serve for transporting crude oil to regions of Shanghai and Nanjing. The HDD section which has to cross through the only available route, i.e., from Waidiao Island through Cezi Island, is most critical, whose successful completion effects large economic benefits; otherwise, if the HDD crossing were failure, tens of kilometers of offshore crude oil pipeline and several as-built oil transmission stations on the sea along with the transportation networks, would have to be designed anew. This HDD project was then renowned as No. 1 horizontal directional drilling project worldly, due to that it was the longest offshore HDD crossing by then, with the largest diameter, crossing through the hardest rock layers and the most complicated strata.

At the beginning, totally six companies competed with each other for this challenging HDD project, all of these competitors are most famous competent leading HDD companies, domestically and worldly. Some of these companies had sent work teams stationed in the Work Site for about half a year, but they finally recognized the insurmountable challenges and optioned to retreat from this Work.

Huayuan Company accepted and finally surmounted the big challenges of the Work. After the thorough analysis of the particulars of this HDD Work and conditions of the work site, SHI Zhanhua specially designed the drill bits handshake intersection methodologies and corresponding drilling tools for the pilot borehole construction, which was a brand new invention the world has seen for the first time. SHI Zhanhua successed.

Huayuan Company and SHI Zhanhua achieved what the strongest competitors have not achieved. And what else is worthy mentioned, is that all of the equipment and auxiliary drilling tools, such as the main drill facilities with a worth of tens millions Yuan, and all kinds of drilling tools, fittings, accessories, software, hardware and the down-hole-survey system, are designed by SHI Zhanhua personally, and produced by Huanyuan's own workshop. Throughout the history of the Company, Huayuan has contracted and built not less than 400 Horizontal Directional Drilling Projects, without a single failure track record. 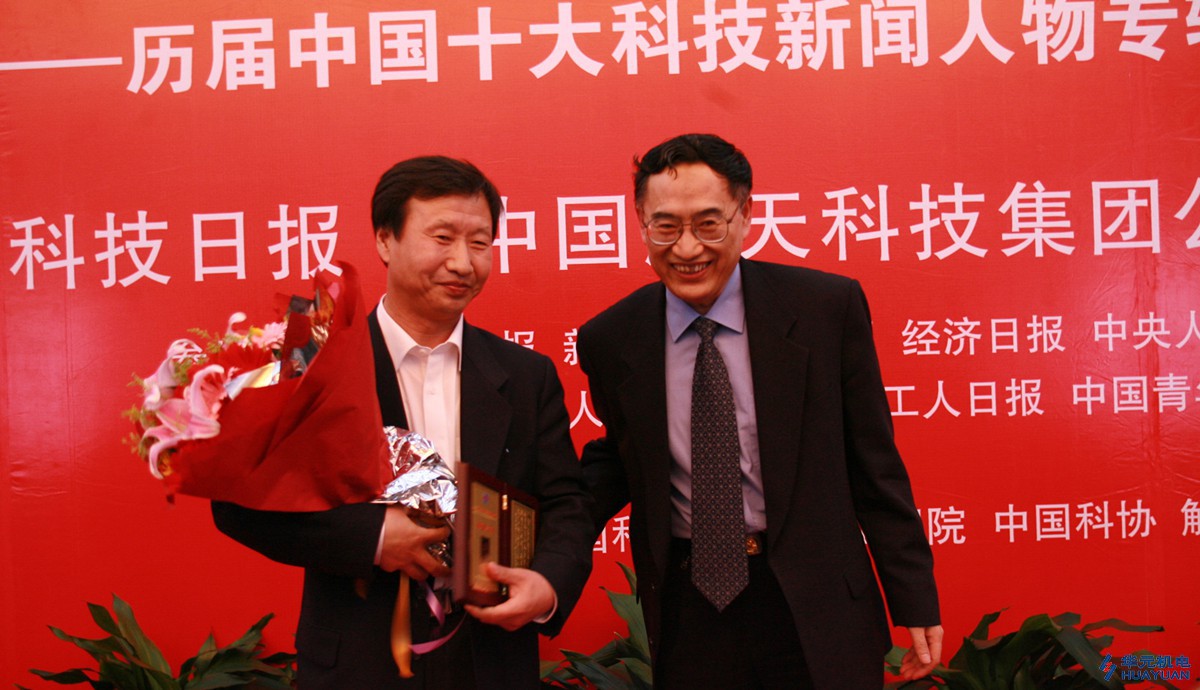